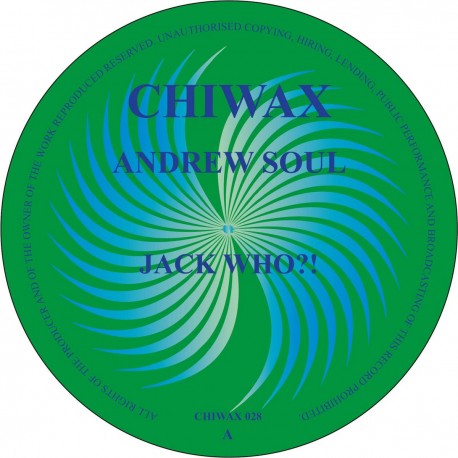 Laid back and chilled out, Andrew never lets anything or anyone bother him. He has an air of mystique about him which others often envy.

(Andrea Solitario) ANDREW SOUL Andrew from his real name, Soul as the part where his inspiration come from, is a native italian producer born in 1986.

Music has been the first and everlasting love for this guy who soon came into his city's underground scene: he was 15 years old when he walked into a club for the first time. Then everything came by itself: a fusion of house and techno, the passion for the acidized sounds filled his mind and his heart.

But listening wasn't enough: the love for the music was to much for not to create something.

So Andrew started a path made by wicked grooves, dropping acid synths and emotional vibes, huge baseline, soulfoul vocals, roland tr-707 on the drums: these featuring characterize at best Andrew's sound.
The love for the analog sound push him over the years to purchase some vintage drum machine and keyboards, to make his sound as better as he can, and to add to his sound some cool old flavour.

Having DJd for years in his native Italy, Andrew turned his hand to production a few years back and promptly set about making some of the most emotive and engaging analogue house and techno around.

Vinyl collector, record lover, for him there's nothing better than watching a wax riding a turntable and listen the music that come from it.
As an eclectic artist, in his sets, Andrew likes to mix from deep to techno, through the house, but people never know what to expect from his large underground music knowledge; old, classic, brand new tunes and own productions makes his set really sophisticated and different each time.

After working on music collaborations for several years, with some friends , early 2011 was time to start sharing solo productions with his first release on Paulatine Records, wellknowed Uner's label. 4 tracks that take attention of many wellknowed djs, like X-Press2 that played the tracks at MOS and on their radioshow, Adam Port who said "Finally something different..." and many others..
Then two vinyl release: first one on the great Barcelona based Kiara Records "Too Much Love Will Kill You", Julien Chaptal on remix, and second one on the New York based imprint Stranjjur Inc, on remix Kris Wadsworth and Baldo; "Close To You" placed 29th on RA Chart.
A great tune with the close friend Frank Naht alongside a remix for Fabio Monesi on friend's label Blackrose Records, and an EP on Espai Music to follow.
End of 2012 was good: EP come out on the Defected's sub label "Tenth Circle"
November 2012 was also time for releasing on Safari Numerique with David Labeji on remix, and the track "No Way" played by Richie Hawtin.
2013 full of work and innovation, with 2 remixes on italian Moan Rec for Meeph, and U.S. based Undulate Recordings for Frank Nath, a really deep EP on his new family Popcorn Records, and jacking mode on for the new release on Safari Numerique.
2014 starts with a vinyl only release on Popcorn Records Ltd, special collaboration with Peter JD and remixes from Amir Alexander and Franco Cinelli.

The path is long and Andrew's research is still long way to end...