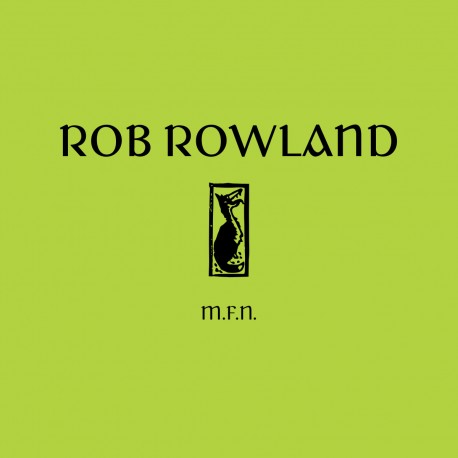 This product is no longer in stock

Notify me when available

Dublin’s nascent electronic and clubbing ‘scene’ was beginning to take shape in the mid 90’s; you might have heard flashes of techno at François’ U.F.O. night in The Rock Garden or the likes of Dave Angel in The Temple Of Sound, while Tim Hanigan and Mark Kavanagh’s Red Records nights at The Ormonde pushed a progressive house/trance sound similar to their label’s output. In amongst the weekly revellers at these clubs, you might have encountered a young Dubliner by the name of Rob Rowland - a soon-to-be key figure in Ireland’s techno scene.

Inspired by his formative clubbing experiences in the capital, Rob acquired an Atari ST, Akai S1000, Kawai K4 and a Roland R-5 and sat down in his bedroom to record. Two tracks, M.F.N. and Restless, emerged within 1 week while another track, Act Natural, soon followed. Initially recorded onto cassette at his house, Rob soon managed to book some time into Temple Bar’s Sound Training Centre, a professional recording studio featuring a 16 channel desk and rack effects, to polish up the record.

These 3 tracks resulted in Rob’s inspired debut EP of raw and direct club tracks - a uniquely psychedelic rush of rave euphoria and darkened acid-inspired house and techno. It managed to pique the ears of New York’s Watts Music distribution, thanks to his friend Chris Gough playing them Restless on cassette, who subsequently pressed 1000 copies of the EP onto white label. Miami’s Fluid Audio then licensed it for a full release and acquired a sleek remix from California’s Überzone, which had similar success. All of this, a remarkable achievement for a debut record of underground dance music by a relatively unknown young Dubliner.

Rob would go on to become a key artist on Dublin’s seminal D1 Recordings, a label run out of the capital’s northside on Parnell Street by renowned photographer Eamonn Doyle. Responsible for their first ever release, he would go on to do 6 more records for them, becoming an important figure in the label’s history and Irish techno as a whole.

M.F.N. is an Irish rave gem, and a key blueprint of the Emerald Isle’s obsession with progressive house and beyond. Naturally, we turned to fellow Dubliner Dylan Forbes for a remix, a prolific producer garnering quite the reputation both home and abroad for his modern take on the sounds found on Rob’s debut. His remix cracks the shutters on the darkened psychedelic undertones of Restless, adding an ‘e’-cstatic layer of euphoria fit with added percussion and pump on a fine rework.